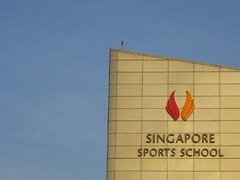 The other day I started reading a little article about youth athletes and the number of travel teams, sports leagues, and other things that we have these days for exposing youngsters to the world of athletic competition. There is no doubt about the growth of these leagues in nearly every sport and it seems that the population continues to grow more and more every season.

You see there have been many occasions when mom or dad has come to me wanting me to implement some “speed training” for either “little Jane” or to get “Jr.” ready for the upcoming football season. The thing is that whenever mom or dad ask me to work on their “speed” they are also shocked that I am always making their kids hammer out a great deal of push ups. planks, and squats during the training.

You see what they fail to realize, which I always end up explaining to mom and dad, is that in order for “Jr.” and “little Jane” to build speed they first must have a baseline of strength. Without strength the skinny kid can’t even control his or her body and with the very noticeable lack of muscle mass a sudden cut or change of direction on the playing field, or court will cause them to come crashing down like a house of Maverick casino playing cards! Strength training is essential for speed development, but it is especially important to keep these kids injury free.

So what do I mean about sports done backwards? Well, we do have our share of training leagues and some sports complexes around for athletic development, but back in the day countries like Russia would actually have schools that were designed specifically for grooming Olympians. These kids didn’t have Playstation 3’s and were total badasses. These sports schools were at the center of a system known as Physical Culture in which the goal is fitness and strength training for performance. So to partly answer the question I think we lack emphasis on the development of a necessary physical nature.

To take a peak at history most of these sports schools originated under the U.S.S.R and were intense and at times were controversial due to allegations of abuse. However when the U.S.S.R broke up many of these schools went through some very tough times, but many post Soviet Union schools have survived the test of time and because of this other Physical Training Clubs popped up in addition to the original clubs.

Today robust economical environments as seen in Singapore have also developed some similar schools. The thing is that these schools are designed as a “Physical Culture” to teach young kids/athletes how to master their bodies for sports and fitness. Strength and conditioning is taught as a skill in and of itself within these schools. These kids don’t appear to be soft either my friend.

Just hang with me because I’m leading up to the point in which I actually fully answer the original question about are we doing sports backwards? You see I live in Georgia. Here in Georgia football is king and because of this every year there is a story about some kid walking into summer workouts and dying from a heart attack. Now I know many of these conditions are due to a form of cardiomyopathy more than likely originating from a pre-existing condition that perhaps the kid was unfortunately unaware of until it was too late. However, most of these kids are screened by doctors ahead of time and pass the physical exams ahead of time.

Now having pointed out this annual tragedy the Georgia High School Association (GHSA) also points to data that in about 90% of adult victims the cardiac deaths are linked to 2 or more major coronary arteries being narrowed due to fatty buildups. The key words in that were “fatty buildups.” Could it be possible that some of our kids here in the states suffer from this as well?

I mean could it be that due to an overwhelming $5 value meal combo culture along with the infiltration and addiction to Justin Bieber on i-Tunes, and the Playstation 3 marathons that many of America’s kids just simply don’t fit into the “Physical Culture” that the Soviets so proudly displayed to the world in the Olympics at one point in time? I mean this could be an acceptable theory, right?

In addition to this another problem is the prevalence of injuries in younger athletes as well. I read one study that was done in Michigan which involved a 2 season study done on youth 9-14 years of age that played football. They did a breakdown of all the injuries ranging from most severe to least severe.  The common denominator in most all of them pointed to the fact that the majority of the athletes that were getting injured were smaller due to being lighter in weight and having a significantly lower BMI.

Now the common theme here is that I think many kids want to get involved in sports and I don’t think this is a bad thing! However I do believe that we don’t put enough emphasis on the development of physical prowess in order to better prepare these kids for sports in the first place! This is the reason I believe that we have a sports done backwards type of culture, at least to a certain degree. In this strength coach’s opinion there is no solid foundation to help many of these kids solidify a sound base of strength, cardiovascular conditioning, and a respectable amount of body control for the purpose of athletic competition.

Fortunately this is where myself and guys like me come in to try and change the current culture to a more “Physical One.” 🙂 Now don’t worry, I’m not talking about taking babies from their mothers and forcing them to beat up on each other the way the Spartans did in their culture the way it was also shown in the movie 300! No, I’m not getting that intense, but I am talking about changing the approach by trying to encourage parents to get their kids involved in a smartly planned strength training program. The missing link is a smart strength training program.

That’s a cool scene and I just had to include it. The point is that if you can see my point of view then you might like some more perspective on your strength training program or that of your kid’s program if you are looking to influence your own “Physical Culture.”  😉 If you are then make sure you get a copy of my Brandon Richey’s Better Than Steroids ebook right here:

Don’t forget that if you happen to be a fan of the Kindle readers and Kindle Apps then you can also get your copy of the ebook right here off of Amazon. Remember that most anyone can train hard, but only the best train smart my friend.

Everything You Need To Know About Speed Training

by: Brandon Richey--Get Free Updates And Training Guides Here Everything You Need To Know About…

5 Ways To Turn Up Your Strength Training Program To Awesomeness Level!

Ok Ok, so I know I've been out for a week or so and slacking…

Are you looking for some unique and cool Christmas gifts for the holidays?  Are you…